Share a memory
Obituary & Services
Tribute Wall
Read more about the life story of William "Bill" and share your memory.

It is with heavy hearts we announce the peaceful passing of Bill Lee, our beloved father, grandfather, great-grandfather, brother and uncle. Bill passed away on January 9th, 2023, at the age of 89 years, in Hinton, Alberta.

Dad was born and raised in Blairmore, Alberta.

Dad married his childhood sweetheart Charlotte (Noble) in 1956, they were happily married until Charlotte's passing in 2007.

Dad was a gifted athlete and excelled in many sports. His love of hockey and job opportunities took him and Charlotte to Prince George in 1956 where he was a star hockey player and team captain of the Prince George Mohawks. He won multiple scoring championships with the team. Dad's career as an office manager in mining and construction with Mannix (Loram) group of companies took him and his family to many locations throughout B.C. and Alberta, with a brief stop in Timmins, Ontario. After retiring in Hinton in 1998 Dad and Mom moved to Kamloops, B.C. for warmer weather and a longer golf season.

Dad will be remembered for his kind and caring nature, his love of all animals and unwavering dedication to his loved one's.  Dad could always be called upon to bring out his guitar and sing his favorite country oldies. During his retirement he sang and recorded many of his favorite songs to be passed on to his family and friends to remember him by. Dad's love of sports included playing and coaching hockey and fastball. During his retirement he continued to enjoy golfing and bowling. He was known for his competitive nature in all sports. Dad and Mom were avid fans of all sports and liked nothing more than watching a game with their family.

Our heartfelt thanks for the outstanding care given to Dad by all the nurses and staff at the Hinton Healthcare Centre, specifically Dr. Sorensen and Dr. Beemish. In addition thank you to Dr. Montabetti and Dr. Proctor for their care in Kamloops.

As per our father's wishes, there will not be a funeral or a memorial service. 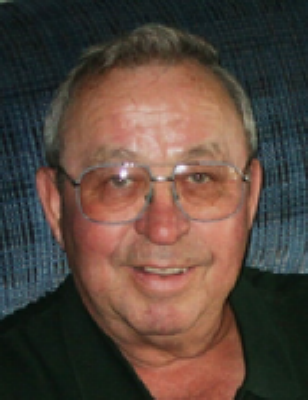