Share a memory
Obituary & Services
Tribute Wall
Read more about the life story of Mildred "Millie" and share your memory.

It is with deepest sadness we announce on January 12, 2023, the passing of Mildred Kathleen Handford, "Millie" as she was known to most.

Millie was born April 12, 1939, in Sandy Rapids, Alberta. She was the second of 5 children born to Otto Reginald Berg and Mary Elizabeth Phelan. She was blessed to be very close to her siblings Andrew, Maureen, Myrtle and Larry, as well as their spouses Dave, Henry and Sherrill.

Millie spent the first part of her married life in Grande Center, Alberta where she met her loving husband William Handford on the base in Cold Lake. Together, they moved around with the RCAF to several locations from Moose Jaw, SK to Germany. During this time their family grew from two to five, after the births of their three sons; Gary, Mike and Dale.

When Millie became a Grandmother, she was a huge part of the lives of her 6 grandchildren; Alishia, Andrew, Angelica, Logan, Daniel and Ethan. Her boys describe her as an amazing roll model, to not only them, but also to their spouses; Gary and his wife Christine, Mike and his wife Amber, plus Crystal who is the mother to her grandchildren (Logan, Daniel and Ethan), and to her son Dale.

She touched many hearts and lives during her years as a secretary at Vanier, and also during her many years as a piano teacher. Millie has made many valued friendships along the way.

Our lives have lost one of the most BEAUTIFUL pieces that made us FAMILY. 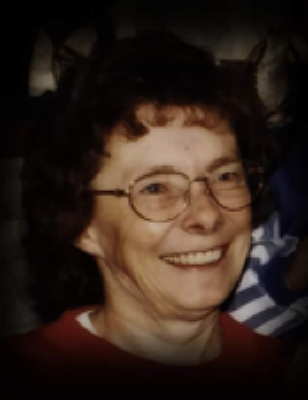