Share a memory
Obituary & Services
Tribute Wall
Read more about the life story of Joseph and share your memory. 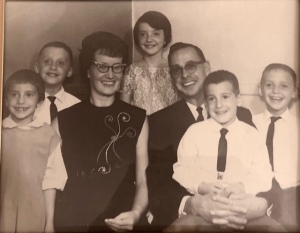 We are heartbroken to announce that on January 13, 2023 Joe Bochek passed away in the Edson Hospital. Born at home in Sterco on August 9, 1930 he was the fourth and last child born to Frank and Ida Bochek.

He is survived by his wife Irene, the sweetheart and love of his life of nearly 67 years, his children: Linda Bochek of Edmonton (Andy), Dale Bochek of Vernon, Joanne Appelt of Edmonton (Garry), and Gord Bochek of Sherwood Park (Lisa).  He is also survived and lovingly remembered by seven grandchildren (Robyn, Jeremy, Marc, Ben, Eric, Sara and Emily), eight great-grandchildren, (Sofia, Charlie, Sadie, Dahlia, Gavin, Ella, Oliver and Joey), and one brother-in-law, Norman Fowler.

He was pre-deceased by his son Ken in 1980, his mother Ida in 1976, his father Frank in 1951, and sisters Marg Sabourin, Lucille Giesbrecht, and brother Frank Bochek.

Joe grew up in the Coal Branch at Sterco, where he developed a deep and life-long love and appreciation of nature. He also developed strong abilities in hockey and brought those skills with him to Edson. After completing eight years of schooling in Sterco, he moved to Edson to board with the Davidge family and continue his education. He played hockey with the Edson Athletics and eventually spent a year in Wainwright playing Jr A hockey for the Commandoes. Joe had a keen ear and love for music; he grew up in a very musical family, had a beautiful singing voice, and whistled like a bird. Joe and Irene were excellent dancers; they met at a dance and danced their way through their life together. The love they had for each other will never be duplicated.

Joe held many jobs in his earlier life, driving a bulldozer for Mannex and Mr. Anchor, worked at a garage in Wainwright, worked oil rigs in Wainwright, and on pipelines in many towns. In Edson, he worked for Mahon-Pedersen before apprenticing as a plumber with Stelter Plumbing. The majority of his career was spent as a plumber-gasfitter for Yellowhead School Division, retiring in 1994.

He and Irene built their dream home on a large acreage just outside of Edson, where they lived for 44 years. He proudly nurtured his amazing garden which provided for many family feasts. His family joyfully remember him for his loving warmth, his sense of humour and love of mischief, his big heart, and his gleeful revenge in Extreme Croquet family tournaments on the acreage. There are so many happy memories: cross country skiing with friends and family, noisy card and table games that had us all doubled over with laughter, bonfires and sweat lodges under the moon, willow whistles made in the spring, unwavering loving support when needed, and his infamous bear snort to scare everyone into shrieks of laughter.

He has left holes in our hearts that will never be filled.

The family will not be holding a service at this time.

In lieu of flowers, donations can be made to a charity of your choice in Joe’s name. 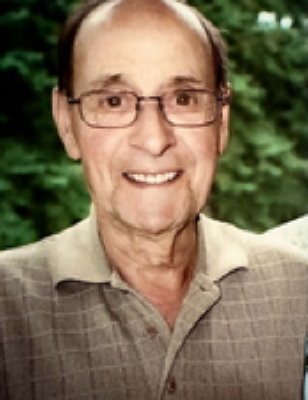